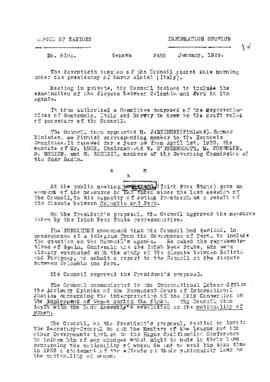 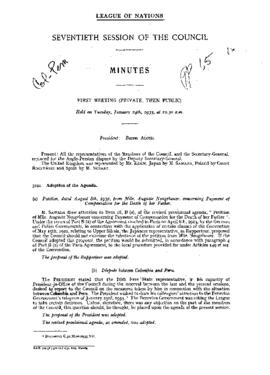 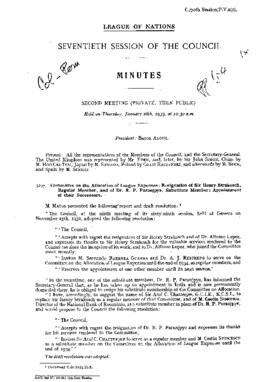 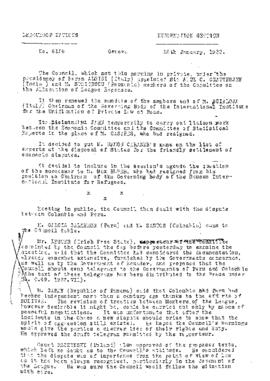 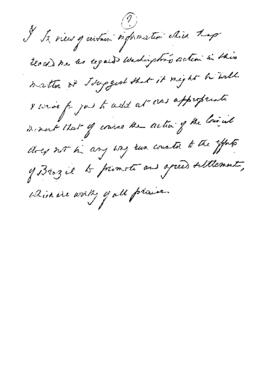 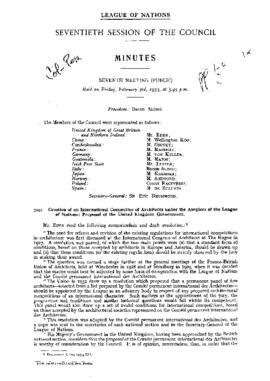 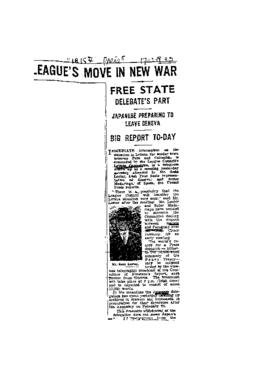 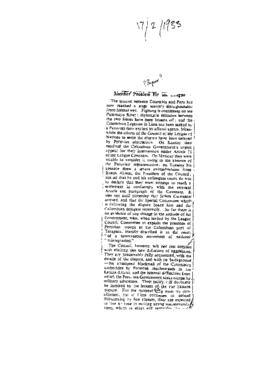 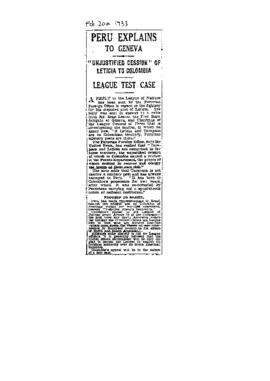 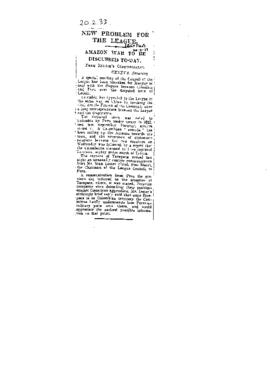 Colombia's appeal under article 15 of the League of Nations Covenant on the disputed border town of Leticia, ceded to Colombia by Peru under treaty in 1922. According to the Peruvian Government the cession of Leticia to Colombia was unjustified.

Summary of events (from Francis Paul Walters' book, "A history of the League of Nations", p. 536, London: Oxford University Press, 1952).

One document dated May 1934.
Protection period to: 1993-10-31
Creation date remarks: Sean Lester was rapporteur to the League of Nations Council in the Colombia-Peru dispute and he was appointed Chairman of the Committee of Three (or Committee of Conciliation) on January 1933 and elected Chairman of Advisory Committee on March 1933.