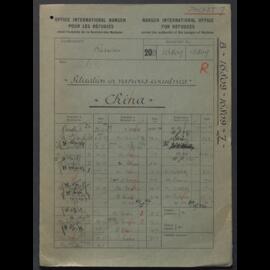 File mainly contains correspondence with various organisations (Mennonite Central Committee, ICRC) and with A. Loonis (Nansen Office Honorary Representative in China), as well as some press clippings concerning the situation of Russian Refugees in China. 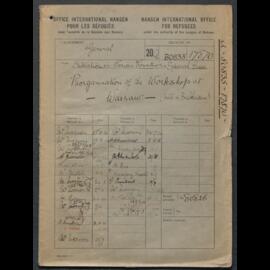 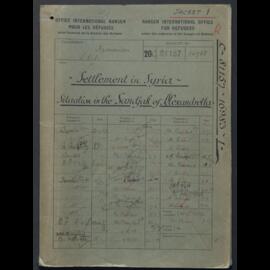 File contains correspondence, copies of various League's reports and minutes of meetings as well as press clippings relating to the situation of Armenian Refugees in the Sandjak of Alexandretta 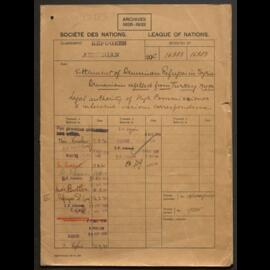 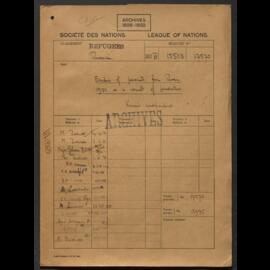 File contains various correspondence and some press clippings relating to this exodus. 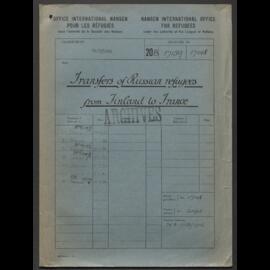 This file contains correspondence with regard to the transfer of Russian Refugees from Finland to France; and related documents (receipts, cheques, repayment commitments, lists of refugees, etc.). 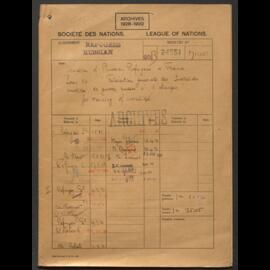 This file contains correspondence with General Baratoff, President of the Fédération des Invalides Mutilés de Guerre Russses à l'Etranger [Federation General of Russian War Disabled], several brochures and financial documents of the Federation, including the estimations of its budget for 1931. 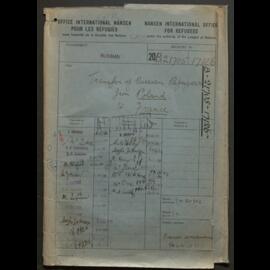 This file contains requests for financial assistance for transport to France and reimbursement of the advances; also includes correspondence regarding the matter of securing the reimbursement of advances made to refugees and a memorandum received from the United Russian Relief, concerning the question of the Strałkowo [Strelkovsky] Camp. 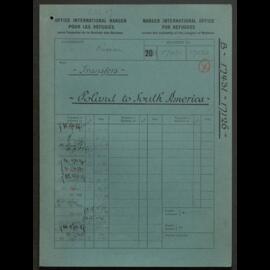 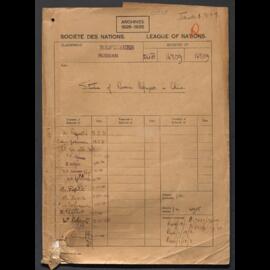 This file contains reports from Nansen Office Far East Representative and other sources on number, causes of displacement, location and living condition of Russian refugees in Manchuria, territory of Barga; actions taken by the Nansen Office, ICRC and other refugee organisations to secure these refugees; lists of victims of massacres in Tsynkyr 3 October 1929 and in Damysowo 28 September 1929; lists of Russian or Russian naturalised Chinese refugees arrested or deported to URSS from Manchuria in November and December 1929.
Newspaper clippings: