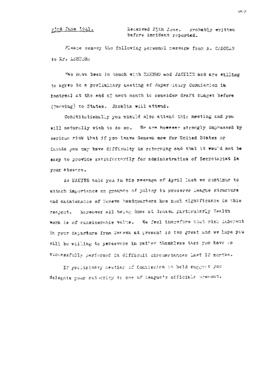 Message from A. Cadogan, appointed in 1936 Assistant Under Secretary of State at the Foreign Office, to S. Lester on a preliminary meeting of the Supervisory Commission, end of July 1941 in Montreal, to consider draft budget, C.J. Hambro and S. Jacklin will attend, S. Lester should also attend but because of serious risk inherent in his departure from Geneva, he might have difficulty in returning from the USA or Canada, he was suggested to delegate his authority, Makins and A. Cadogan attached importance in preserving League of Nations headquarters in Geneva. 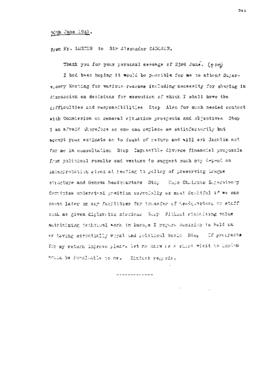 S. Lester's letter to A. Cadogan on the foreseen Supervisory Commission Meeting; S. Lester's wish to attend Supervisory Commission Meeting for various reasons: to discuss the prospects and objectives, as well as the financial questions to preserve the League of Nations headquarters at Geneva, S. Lester was, however, aware it was not easy to find someone to replace him and of the risk if he left Geneva of not being able to come back, he decided to ask S. Jacklin to be his delegate. 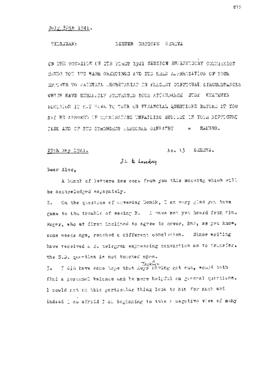 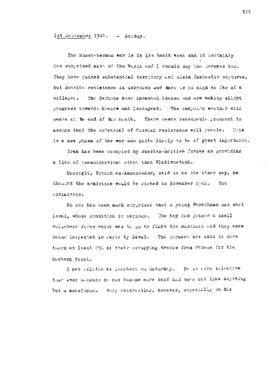 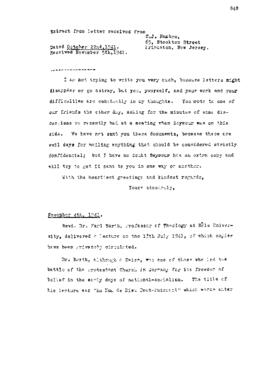 Extract from C.J. Hambro's letter to S. Lester, further to S. Lester's request of the minutes (strictly confidential) of some discussions C.J. Hambro and others had at a meeting, in which S. Jacklin participated. 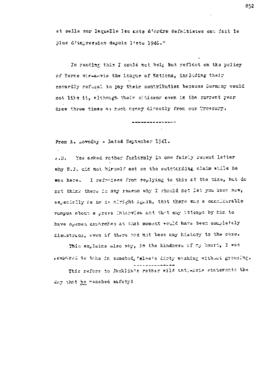 Extract from A. Loveday's letter to S. Lester on S. Jacklin's wild anti-Axis statements; extract from a letter from Elsie to her husband S. Lester to request his help for an old lady, her neighbour, whose sister-in-law, the husband of whom had been killed, was in a difficult situation in France. 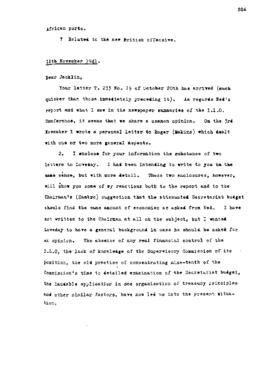 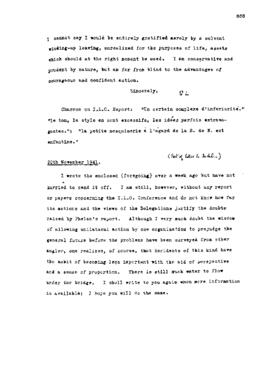 Part of the letter from S. Lester to S. Jacklin: further comments on the uncertain future of the League of Nations and its financial difficulties and on the ILO, which was, on the contrary, useful for internal American politics. 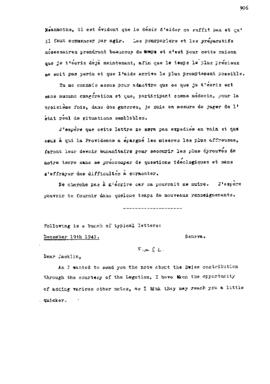