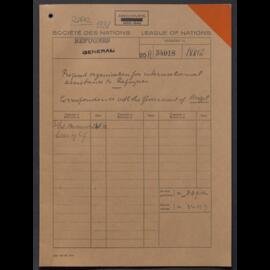 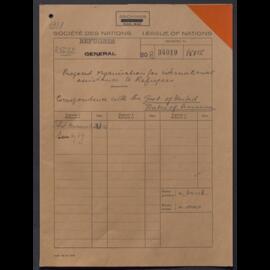 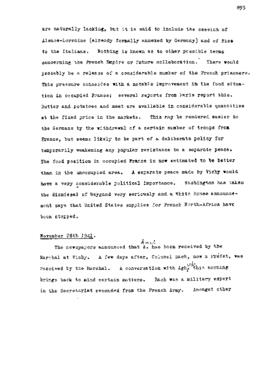 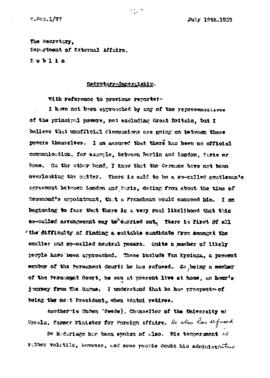 Report from S. Lester to the Department of External Affairs on "Secretary-Generalship"
Document · 1932.07.19
Part of Private Archives 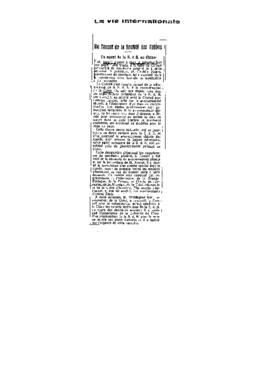 Extract from the "Journal de Genève" on the problem of the reconstruction of China, it was Joseph Avenol's first Council meeting as League of Nations Secretary-General, and on the difficult negotiations to settle the Chaco dispute between Bolivia and Paraguay. 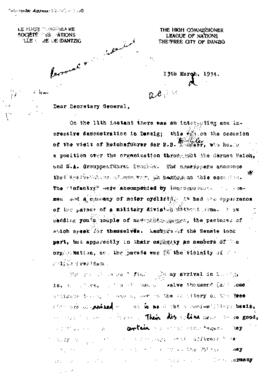 Impressive demonstration in Danzig on the occasion of the visit of the "Reichsführer der SS" Himmler, and of "SA Gruppenführer" Schoene; talk between S. Lester and K. Papée on the provisions relating to Danzig as a military base; problem of the safety of the Gdynia Polish port; High Commissioner's action possible only on the question of arms; Danzig could not be regarded as an isolated problem. 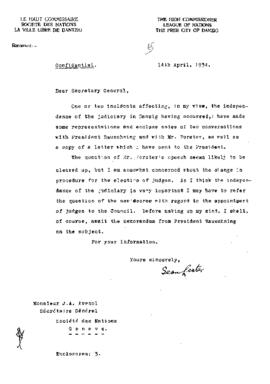 S. Lester's Letter to J. Avenol on the Independence of Judiciary, Enclosing a "Note of Interview with Herr Albert Forster, 13 April 1934", a Copy of a Letter of S. Lester, Dated 13 April 1934, to H. Rauschning on A. Forster and Judiciary and a "Note de conversation" between S. Lester and H. Rauschning on the Independence and Election of the Judges, the "Danziger Volkszeitung", and Negotiations with Poland
Document · 1934.04.14
Part of Private Archives 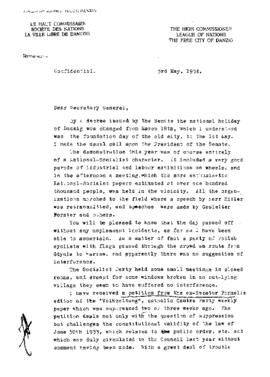 National Holiday of Danzig changed by decree from 18 March (foundation day of the old city) to 1 May: on this occasion National-Socialist demonstration with speeches by A. Forster and others and A. Hitler's speech retransmitted, no incidents; petition from the ex-Senator Formelle, editor of the "Volkszeitung", Catholic Centre Party weekly paper which was suppressed: the petition dealt not only with the question of suppression but challenged the constitutional validity of the law of 30 June 1933, which related to public order, etc.; question of the appointment of a State Commissioner for Danzig. 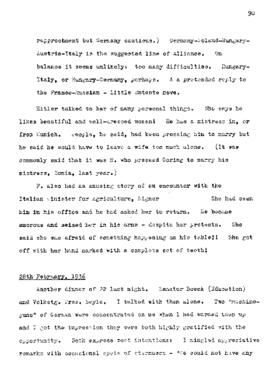 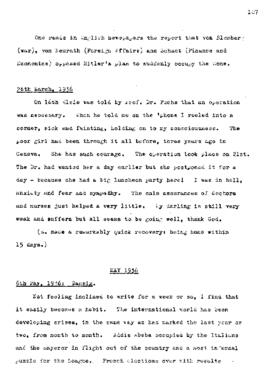 Events of past six weeks - New Danzig government policy; role of Hitler; riots in Poland, anti-sovietism; session with Danzig Senate; possible renewal of S. Lester's mandate; 11 May session of League of Nations; Abyssinia; S. Lester's re-appointment: A. Eden, J. Avenol; future League of Nations position in Danzig; disarray in Geneva; Dublin reaction to work in Danzig; American Shoe Club: collection of shoes that have been worn by men of renown.