Day at Neustadt: gossip on heads of states, King George, A. Hitler, B. Mussolini.

President Hoover, who preceded Roosevelt at the Head of the United States. 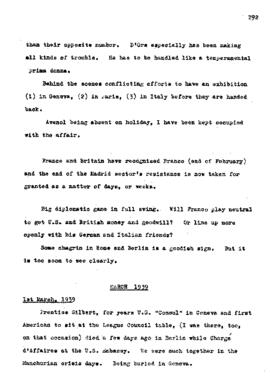 Prentiss Gilbert, US "Consul" in Geneva and first American to sit at the League of Nations Council table. 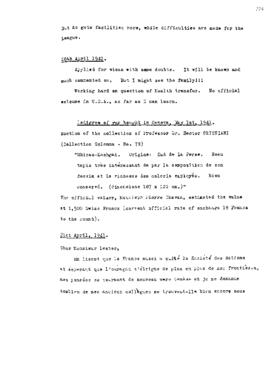 Auction sale of a rug from Persia: collection of Professor Dr. Hector Cristiani. 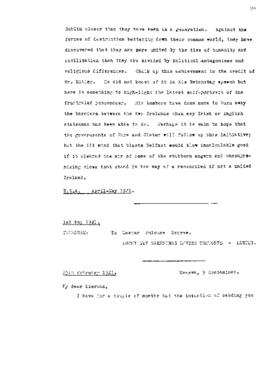 Telegram to S. Lester: May greetings.

S. Lester's letter to the editor of the "Irish Press" about the indifference to and ignorance of international affairs; possibly Dick Hayes as President. 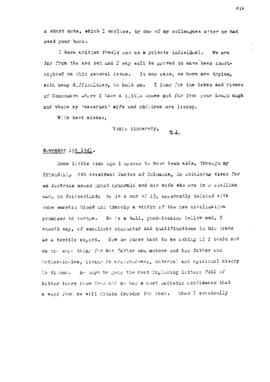 Ernst Grunwald, an Austrian textile trader, who was in a civilian camp in Switzerland with his wife and obtained visas thanks to S. Lester's help, requested this latter if he could get visas for his parents and parents-in-law living in Vienna; Robert Vansittart's fierce pamphlet against Germany entitled "Black Record: Germans past and present", R. Vansittart was Permanent Under-Secretary of State for Foreign Affairs from 1930 to 1937 and vehemently anti-German. 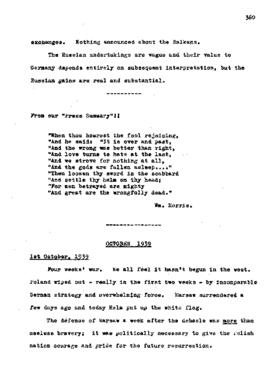 Letter addressed to S. Lester by someone having just arrived at Princeton on: the journey to Princeton, and the situation and state of mind in Princeton.