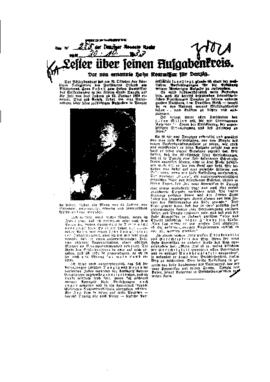 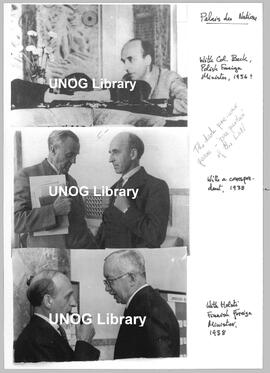 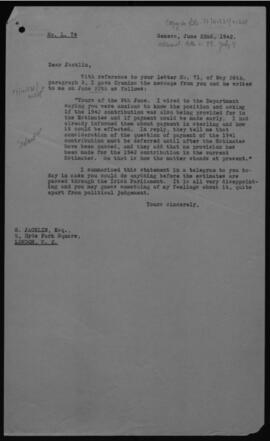 Response to letter No. 71 from S. Jacklin; includes extract of letter from Cremins with details about the 1942 contribution from the Irish government.

Private letter from S. Lester regarding the changes in responsibilities within the Treasury department of the League of Nations; refers to S. Jacklin's proposal to replace J. Bieler with V. Stencek. 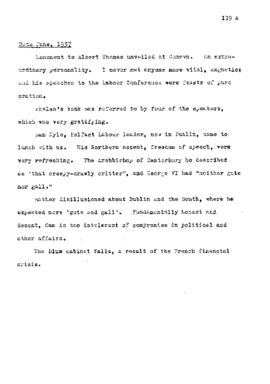 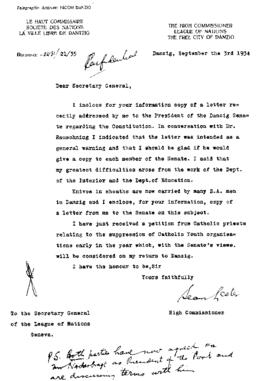 S. Lester's Letter to J. Avenol Regarding Letters to H. Rauschning on Confusion Between Party and State, and on Long Knives, Petition from the Catholics, and Nederbragt as Port Board President
Document · 1934.09.03
Fait partie de Private Archives

Two letters addressed by S. Lester to H. Rauschning, President of the Senate, dated 30 August and 3 September 1934: the first one, intended as a general warning, regarding doubtful legislative and administrative acts affecting the liberties guaranteed by the Constitution and the respect given to the Constitution under which the Senate was governing, as well as an inclination from the Government and its administration to confuse the identities of Party and State, and the second one on knives carried by many SA men in Danzig; petition from Catholic priests relating to the suppression of Catholic Youth organizations; post scriptum regarding the fact that Danzig and Poland agreed on Nederbragt as President of the Port and discussed terms with him.