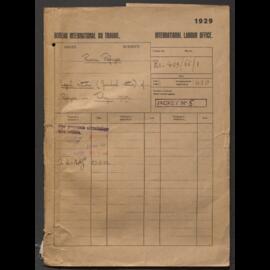 Within the context of the expulsion decree deadline extended to 6 Feb. 1929, correspondence exchanged to enable naturalization of refugees or their evacuation through free visas or labour contracts. The file includes translations of Turkish laws on nationality and related stamp duties. 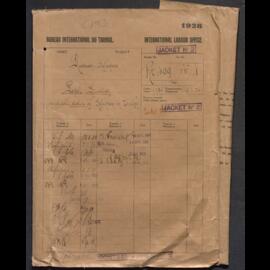 This file documents the decision of the Turkish government to issue special passports that are in agreement with the identity certificates system adopted by the Inter-governmental conference held at Geneva, July 3rd-5th, 1922, as per circular letter of 29 Jan. 1924. Collective passports are issued by the HCR for group evacuations. It contains correspondence, memoranda and notes, exchanges between the Legal section (Dr. van Hamel) and Major T.F. Johnson of the Refugee Service, between Consuls and the Secretary-General, the delegate S. Lawford Childs and other delegations of the HCR. The question of the status of Armenian and Georgian refugees is raised as well as of new Turkish laws making the collective passport procedure much more lengthy and expensive. 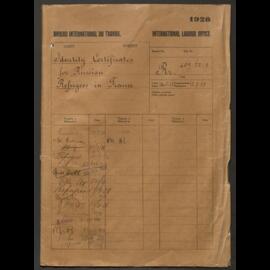 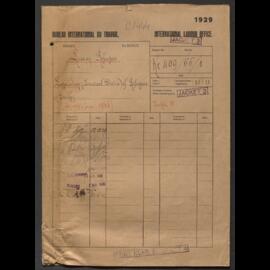 Correspondence between the Delegate, Mr. Schlemmer, and the Chief of the Refugee Service as well as with American relief organizations to organize the evacuation of Russian refugees from Constantinople [Stamboul] following a decree of expulsion by the Turkish government. Correspondence is also exchanged with Turkish national authorities.