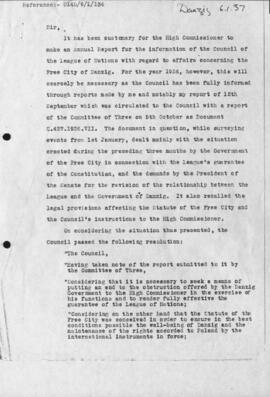 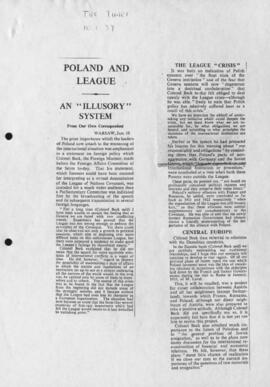 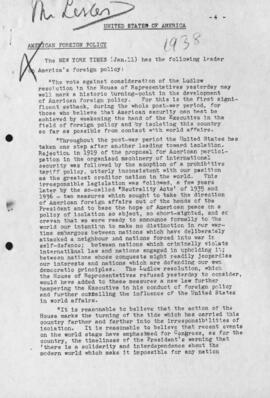 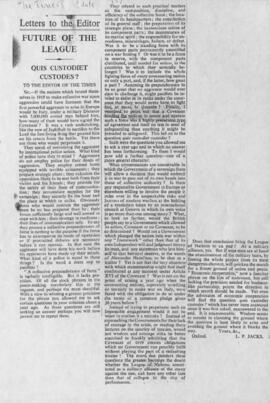 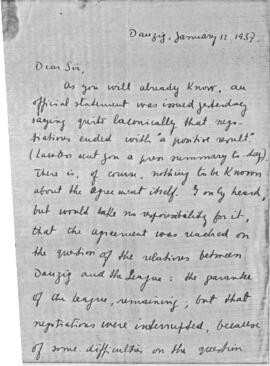 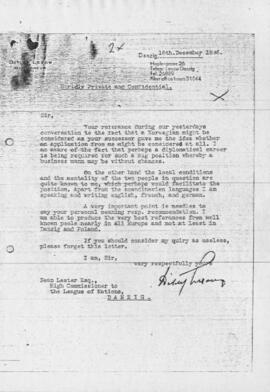 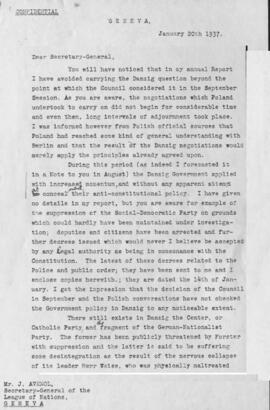 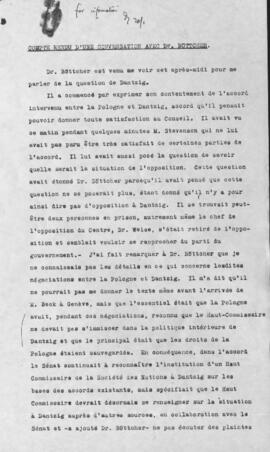 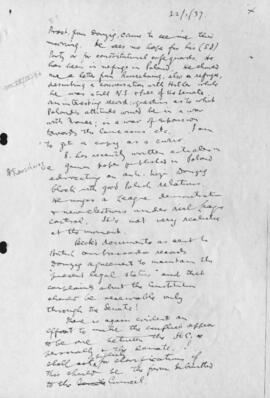 18 February 1937, S. Lester officially took up his functions of Deputy Secretary-General, a post on which he was appointed in September 1936, and that was previously held by Ascarati of Spain. S. Lester's appointment took effect when C. Burckhardt, his successor in Danzig, was appointed. By this appointment S. Lester became the second highest official at Geneva and was in charge whenever Joseph A.C. Avenol, League of Nations Secretary-General, was absent.

The Committee of Three including Britain, France, and Portugal replaced by Sweden, was set up in July 1936 to deal with Danzig affairs.