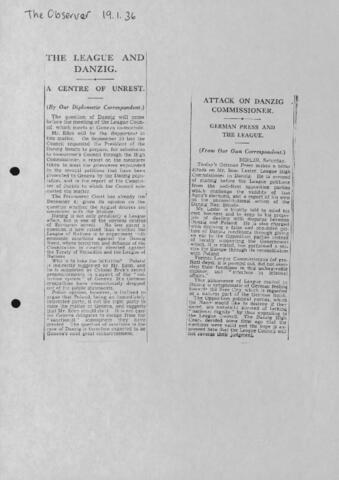 Extract from "The Observer" on attacks by the German Press on S. Lester accused of overstepping his functions, of placing before the League of Nations Danzig questions, such as petitions from the anti-Nazi opposition parties which challenged the validity of last April's elections, and of having written a report on the unconstitutional action of the Danzig Nazi Senate.